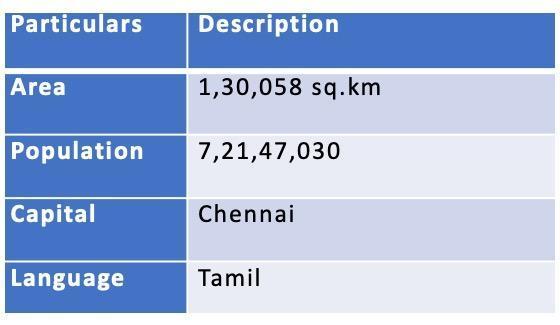 Tamil Nadu is the eleventh largest state in India by area, sixth-most populous state according to the Human Development Index in 2011 and is the second – largest state economy in India after Maharashtra.  Its official language is Tamil, which is one of the longest surviving classical language in the World.  Chennai is the capital of Tamil Nadu. Tamil Nadu has all segments of Tourist attractions which invite tourists.  It has cerulean mountains, silver waterfalls, verdant vegetation, sandy beaches, mammoth monuments, timeless temples, fabulous wildlife, scintillating sculptures and reverberating rural life.  It has picturesque spots, continuing heritage, cultural confluence and aesthetic magnificence.